Brad Goreski, set for the return of “Fashion Police,” won’t take sides in the Osbourne-Rancic feud 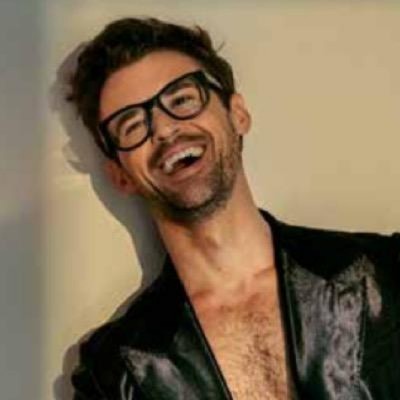 Caught Brad Goreski on Access Hollywood Live this afternoon and was quite impressed with how he deftly stayed out the fray when it came to questions about the feuding Kelly Osbourne and Guliana Rancic.

A revamped Fashion Police returns to the air on Monday Brad a returning co-host along with Rancic and new addition Melissa Rivers plus a series of guest co-hosts. NeNe Leakes and Margaret Cho are the first up so this could be epic!

They will chat up the fashions at the weekend’s Video Music Awards and Brad predicts that there will be ‘a lot of good and a lot of bad.’

It will be the first episode of Fashion Police since a post-Oscars show back in February that resulted in both Kathy Griffin and Osbourne quitting as co-hosts. It all seemed to stem from Rancic being involved in a controversy over a joke written for her about actress Zendaya’s dreadlocks.

The fashion snarkfest imploded in the months after the death of the great Joan Rivers. Her daughter remains the show’s executive producer.

Osbourne and Rancic, who continue to feud publicly, are both friends of Goreski and he has refused to take sides.

‘In the seven episodes we filmed, we all had such a good time together and I’m really proud of what we put together,’ Goreski said. ‘What’s going on right now, I’m not really sure who did what.’

He also claimed to be clueless about Griffin’s abrupt exit after the Oscars show.

‘I actually think Kathy did a really good job,’ he said. ‘Whatever transpired between everybody, I’m not really a part of that.’