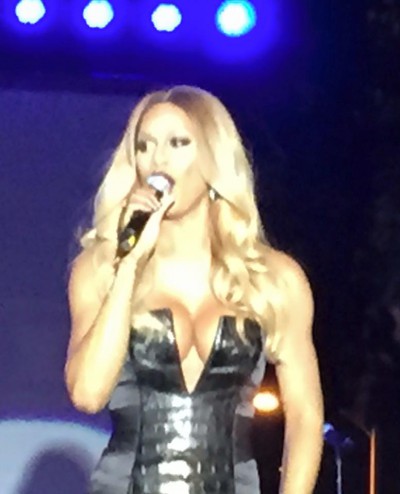 Frank N. Furter’s past and future were on hand last night at the Halloween Carnaval in West Hollywood.

The Rocky Horror Picture Show’s icon Tim Curry was honored on a Santa Monica Boulevard stage by the West Hollywood City Council. Then a short time later, out walked surprise guest Laverne Cox who has been cast as Frank N. Furter in an upcoming remake of the musical to air on FOX.

There were throngs of people – everywhere – with about 500,000 expected. What I loved was what good spirits everyone seemed to be in. I encountered nothing but friendly people and so many put so much thought and creativity into their costumes.

We had drinks at Trunks (hot bartender pictured at bottom) and was pleased that the drink prices weren’t jacked up too high for the special event. 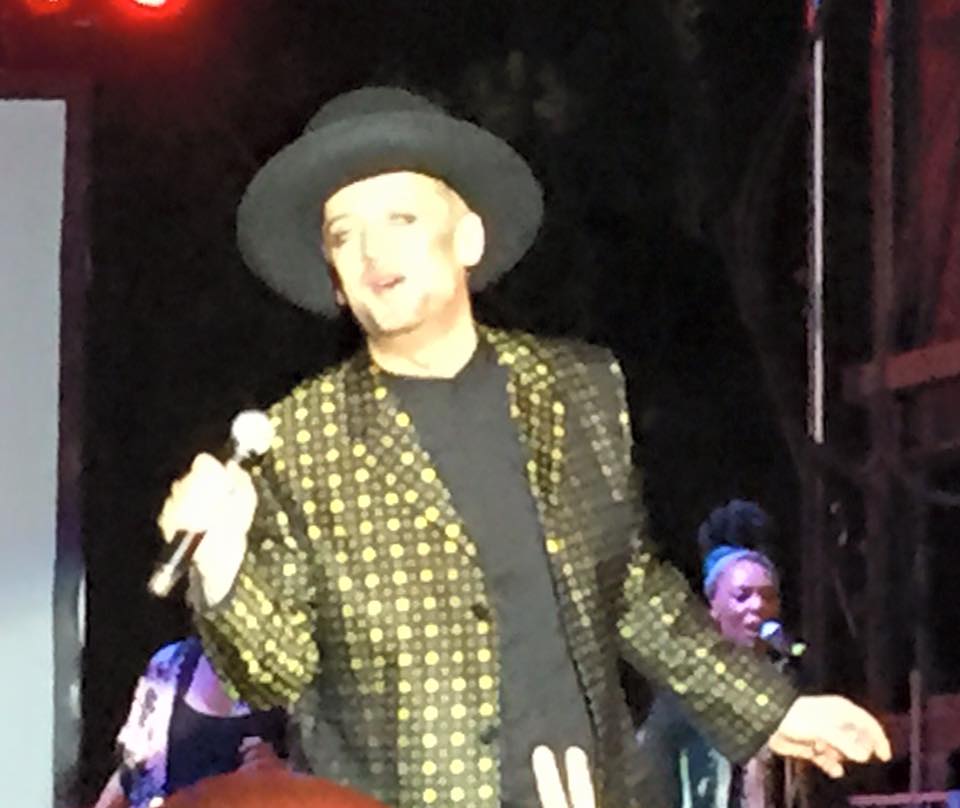 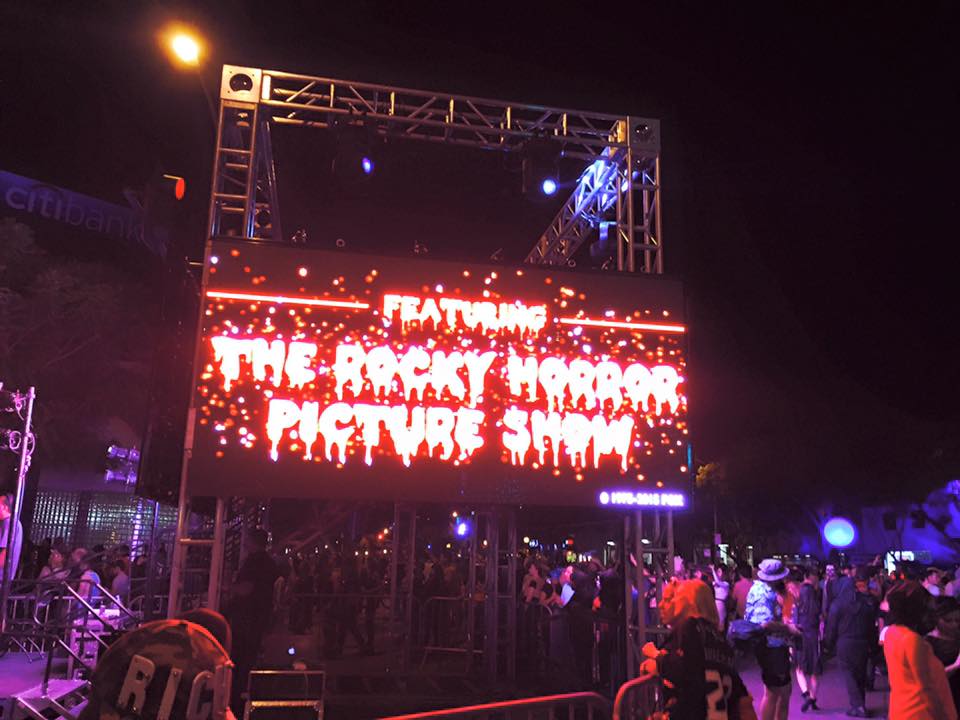 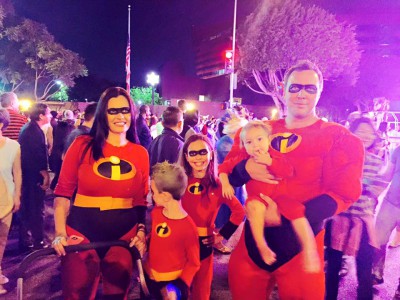 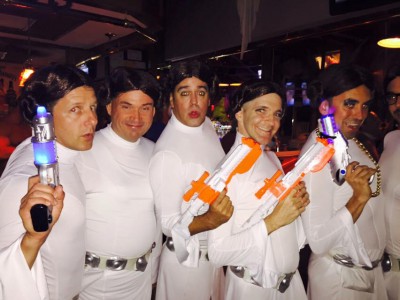 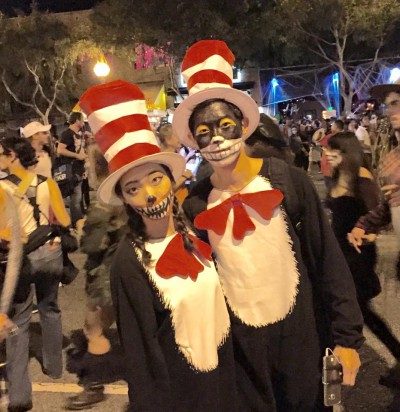 Inside the bar, I ran into an entire group of Princess Leia’s who happily posed for a group shop. Later, so did an entire family dressed as The Incredibles.

Can’t wait until next year! 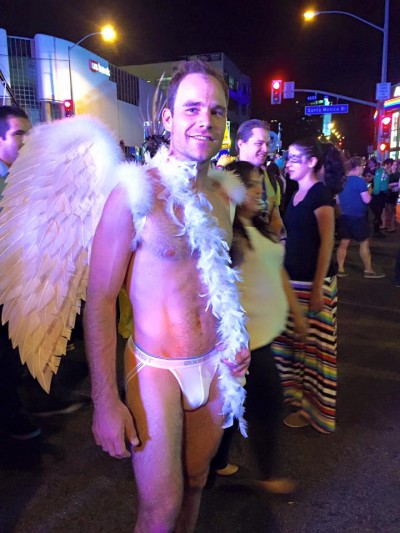 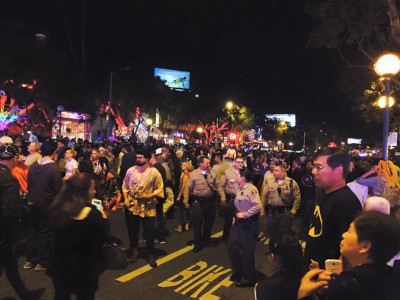 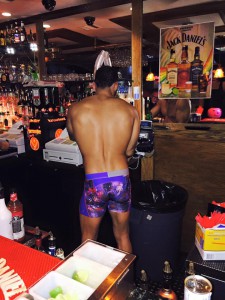 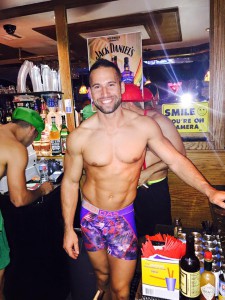