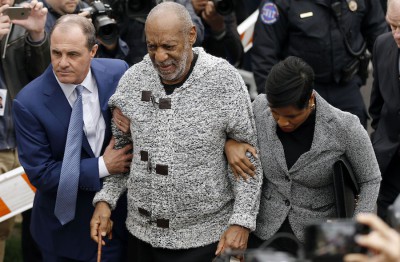 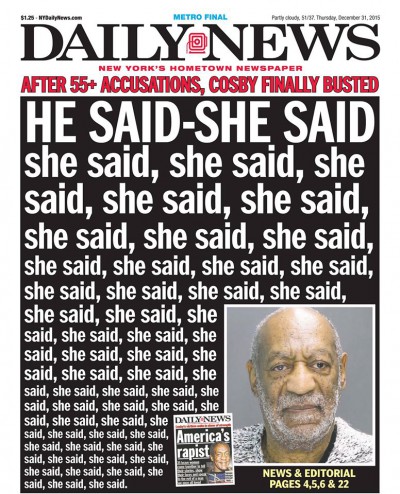 Bill Cosby was charged today with drugging and sexually assaulting a woman 12 years ago.

Former Temple University employee Andrea Constand, a lesbian, accuses the beleaguered comedian with plying her with wine and drugs before assaulting her as she drifted in and out of consciousness at his home.

The charge of aggravated indecent assault is punishable by five to 10 years behind bars and a $25,000 fine.

Constand contacted law enforcement a year after the alleged incident but charges were not filed then. She then sued Cosby and the case was settled out of court in 2006 under confidential terms. But the lawsuit was unsealed earlier this year as the request of the Associated Press and details emerged, according to the AP.

The criminal case was then re-opened just days before the 12-year statute of limitations was reached and comes as Cosby is fighting allegations of sexual assault from dozens of women who have gone public in recent years.

At the time of the alleged assault, Constand was working for the Temple University women’s basketball and dating a woman. Cosby is an alumnus and was a trustee when she says she went to his in the Philadelphia suburb of Cheltenham for career advice.

Among those cheering the charges is director Judd Apatow who tweeted: ‘Bill Cosby has spent his life attempting to silence the women he has assaulted with threats, lawsuits and money. Hopefully now many of these women will get to tell their stories in a court of law and the people who supported him will get deposed.’

Showtune Sunday: All About “Maybe This Time” from Kaye Ballard and Liza Minnelli to “Schitt’s Creek”