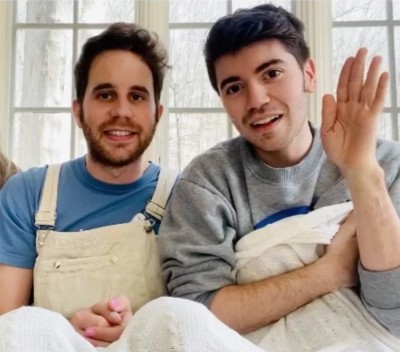 We knew that actors Ben Platt and Noah Galvin were quarantining together (along with actress Kathryn Gallagher) but we did not know today that they are dating.

“Ben and I are dating,” Galvin said on the podcast Little Known Facts With Ilana Levine. “I asked him this morning, I was like, are we allowed to talk about this? And he’s like, ‘Don’t go into our nitty gritty, but yeah, people can know.’ It’s still relatively new.”

Both are 26 and have starred on Broadway as the lead in Dear Evan Hansen.