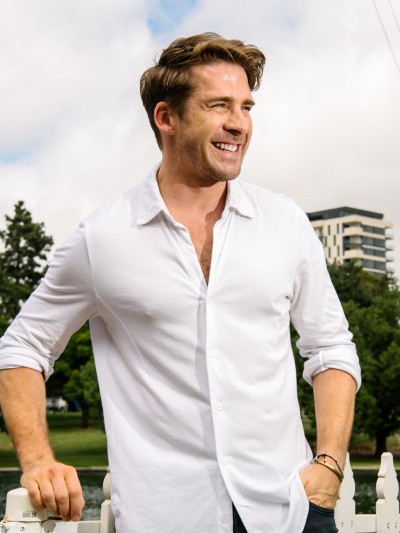 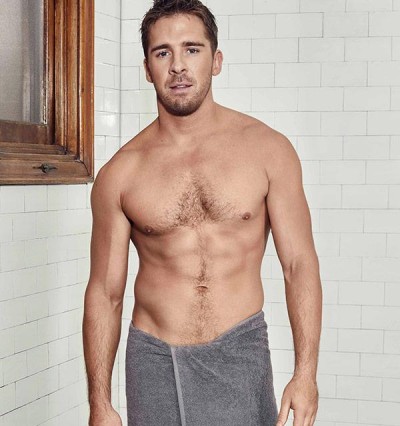 YOU’RE ENOUGH. By me.

The leading cause of death amongst young people remains suicide, and I believe most of this is due to expectation and pressure, each handed down through generations. It is completely wrong and no longer working for many. People need to know that they are, in fact, OK as they are. They’re more than enough. That’s why I’m sharing this story.

When COVID started I took the opportunity to pen The Dance, a semi-autobiographical screenplay. Every character in the film is a facet of myself, and through the process of reliving memories and writing about brave characters and teenagers who don’t think they’re strong but endure so many tough life experiences, I accepted that everything has led me to this moment. I realised that somewhere along the way, I’d forgotten how brave I was. I found myself, 34, single and feeling trapped in a box with no light, one I’d learnt to live with and forgotten I was in.

It seems everyday there are new labels popping up to identify those around us. I still can’t find one that fits me.

Love has always come in so many different forms to me. I love people who inspire me. Not all love is sexual, and I don’t think people always understand that. The fact is, I love many different people, for many different reasons. When I get to know someone romantically, I’m not interested in their age, gender, sexuality, or religion. I’m interested in connecting on a human level. Sexuality has always been very secondary to me. In a way, I now feel very blessed.

But now, I feel a tremendous responsibility to speak out, to help people understand and not look at others with judgment, or think that people are lying, or hiding, or shying away. Some choose to live their true selves privately – maybe it’s sacred, or too intimate or maybe some are exploring in their own way, everyone’s journey is unique. No-one has the right to tell someone else’s story, so here’s mine. 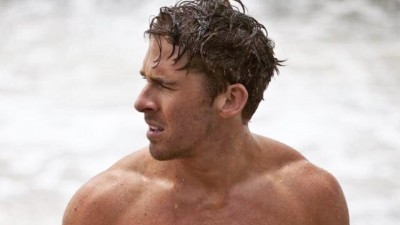 As a young boy in Adelaide, I was sensitive, dressing up to entertain people from as early as I can remember. Now that’s my job. I began at an all-boys school, where I was bullied from start to finish.

I began at an all-boys school, where I was bullied from start to finish. I remember being yelled at on school camp by an adult carer, because my only friend was a girl: “IT’S NOT NORMAL!” The words stuck; a dark and lonely time followed. But the names so graciously bestowed upon me in primary and middle school felt misplaced, as I was never attracted to the same sex, even though part of me felt that would be easier. I eventually left Adelaide for the Australian Ballet School, where I had my first love and broken heart with a girl I might’ve married. In retrospect, I was 17 – too young for me to be engaged.

Later, at NIDA, I met a guy I connected with emotionally, mentally and physically. I was over the moon. I could finally be what people always wanted me to be, so I told everyone! In return, I was told that if I was anything but straight I’d never find work, and that I needed to hide my newfound love. To add to the confusion, the two mentors who told me this were openly gay themselves; they were earnestly trying to protect me and did indeed have my best interests at heart. That was just the reality. 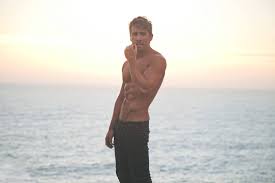 It was well-known that if an actor was open about their private life and was not conforming, they didn’t land leading roles. The sentiment shattered me because I finally thought I knew who I was, I actually became an activist at that point. I was really out, loud, and proud. Ultimately, my heart was again broken, and I again fell in love with a woman. I was too embarrassed to tell anyone, as I’d made such a fuss about my same-sex relationship. “You can’t be both,” some would say. “You’re confused.” No shit! At that point I began to be more selective with whom I shared my world. 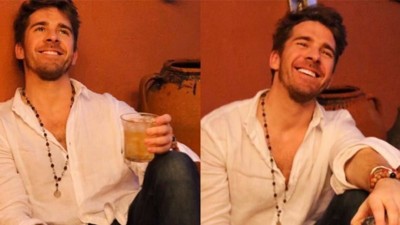 Despite those first few years in the public eye being full of moments of great confusion and depression, we got through it. Eventually, I earned mutual respect and confusion from the media. I thank them for that now.

What saddened me about my decision were the people who came out of the woodwork to implore: “You should be out there protesting for equality, Hugh.” To which I replied, “I am! My silence is my protest.” 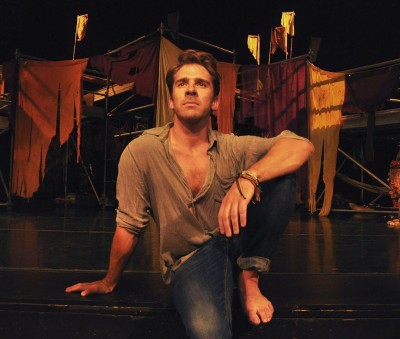 When the marriage equality vote loomed in 2017, I thought I should come honest about the relationships I’d had in the past. I approached a friend who worked with the LGBTQIA+ community only to be asked not to come out at that moment. “You will have more of an impact and effect with those on the fence as a neutral voice. You are someone people respect and relate to regardless of anything – everyone else is already flying the flag”

I did as he suggested. I still campaigned, but from a moral place rather than a personal position. There was power in my privacy, in keeping some things to myself, an important lesson to me. The relationships that I had with both sexes felt more precious, because they were between me, my friends, my family and my partner.

It’s hard for others to empathize what it feels like to play “the boy next door,” but not always feel like him, if you don’t say anything people always assume on your behalf, they never say “maybe that’s private”.

As June dawned, I received a message from a stranger, a member of the community who kindly let me know how sad I must be and how miserable I must feel since everyone knew who I was.

How can anyone know who someone else is? This wasn’t foreign to me, so I thanked him, and assured him I was indeed happily working it out for myself. And even if I ever did find somewhere for myself that fit, I still wouldn’t tell him, as his personal business was none of mine nor mine his.

But I also realised that if I never addressed these issues, if I maintained a silent protest, people would always think I had something to hide, or denying others that expression. In many ways I wish I didn’t even have to write this, but I feel a responsibility to others who might come after me. 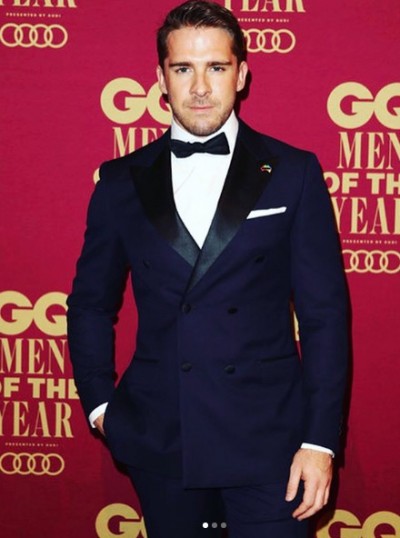 By sharing my story now, becoming more transparent maybe others who are private might be given a break? We might live and let them live as they wish. I believe labels are for clothes not for people. Even if a few people read this and relate then sharing this was worth the world to me.

My advice to anyone still figuring it all out is not to worry, right where you are is enough. You don’t need to know all the answers today, or even tomorrow. I may not know exactly who I am until I’m 80, that’s totally fine with me. I had zero self confidence in my twenties and I hated what I saw from an early age. It’s not too late to go back and give love to yourself and try letting others know that they too are perfect just as they are.

Today I declare “I am a human”, just like you, trying my best to navigate, grow and live through an ever changing world.

I recognize more now than ever our pressing need to celebrate our common humanity, before we are male and female we are already human, born in a state of being. From this vantage point we can accept we are all the same yet honour our differences be it; ethnicity, gender, job, sexuality, religion, financial status. None of us are the same but I see more togetherness than separation when I look at you. Humans shift and evolve as the world around us does, that’s part of what makes us special. If there’s one thing I’ve learnt in 2020 it’s to relinquish control, embrace the unknown.
It can all be confusing, especially when we’re taught we need to know who we are, but life happens, hearts break, we grow and change again.

Indeed, if I could talk to my younger self, I’d say, “You’re completely fine. You’re on the right track. You’re enough. You’ll get there. You’ll work it out, or maybe you never will. It is how you feel now that matters. And that’s my message to you.????????

“Everything happens for a reason, nothing happens by chance.
Never judge anyone unless you’ve walked in their shoes.” Gran and Poppa.

THANK YOU FOR READING AND THANK YOU TO EVERYONE WHO HAS SHARED THEIR OWN EXPERIENCES WITH ME SINCE SUNDAY. I’ve been trying to respond to you all as you deserve the time given the beautiful words and support you’ve shown. Thank you again and I hope my message helps you as yours have helped me. Speak Love, Always your friend, Hugh-man.