As “Modern Family” ends its 11 year run, is a possible Mitch and Cam spinoff in the works? 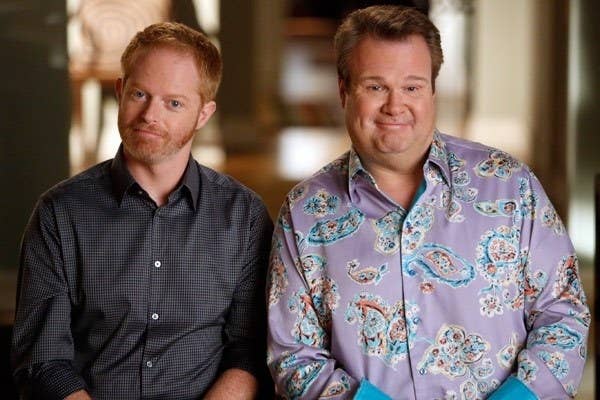 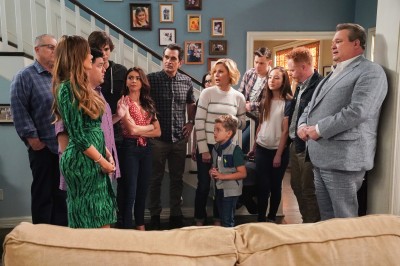 I haven’t watched it yet and if you have not either and don’t want to know what happened then stop reading now.

SPOILER ALERT: In the finale, Mitch and Cam’s house-warming/baby-reveal party takes a surprise turn when Cam (Eric Stonestreet) receives a call that the dream Missouri coaching job he lost out on is now his. While there already has been a lot of change in their lives with the adoption of their newborn son and the move to a new house, Mitch (Jesse Tyler Ferguson) supports his husband’s dream and agrees to move.

The final half-hour is one long goodbye — Cam and Mitch stop by Claire and Phil’s house where all Pritchetts have gathered to bid them farewell. They have one emotional parting, and a second, and a third when, every time Cam, Mitch and their kids head to the door to go to the airport, they get a flight delay alert.

Deadline Hollywood spoke with series co-creators Steve Levitan and Christopher Lloyd about the show’s final episodes and much more. I’ve excerpted below the portion that addresses a possible spinoff for Mitch and Cam.

DEADLINE: But Mitch and Cam in Missouri also is a potential spinoff idea that has been talked about for years. Did that play at all into the decision to send them off there?

STEVE LEVITAN: No. At the moment I’m personally not thinking about that. I think that there are a couple of writers who are thinking about well, is there a Mitch and Cam spinoff, but they’re literally just thinking about it. They’re using this time that we have now to think about it, if there’s something there. I’m not driving this but I’m a huge fan of Jesse and Eric, and those characters are of course near and dear to me, and I certainly think that they’re strong enough to carry a show. For me, I really felt that what I needed creatively was to work on something new after working on Modern Family for 12 years and pretty much exclusively.

CHRISTOPHER LLOYD: No. We wanted to have them off on a new journey, and it seemed symmetrical to have Mitchell follow Cam some place and maybe be around Cam’s family because Cam had played that role in Mitchell’s life for the last 11 years. Cam had this opportunity to do something wonderful and exciting, Mitchell felt okay, that makes my obligation to let him chase his dream, and I will go with him and see what that life is like for me.

Now having said that yes, it does present a possibility for us. Will that happen? I’m not sure but we would be probably dumb to not explore it. However, doing a spinoff is fraught in a lot of ways and we won’t do it unless we feel confident there’s something there, I don’t want to say it’s a long shot, it’s under discussion but we’ll see. We don’t want to jump into something like that, particularly because Modern Family is a tough act to follow, but that is a possibility.