Andrew Rannells to Tuc Watkins: “I’m all yours” 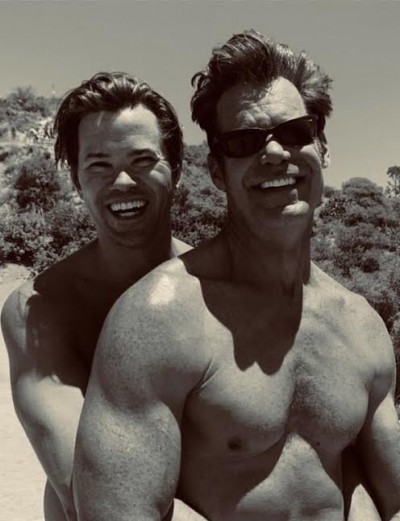 Watkins posted this shirtless black and white photo of himself with Rannells on his Instagram account and wrote: “It’s hard to hide @andrewrannells. He’s 6’2” and shines brightly.”

Ranells commented: “Well…you found me, Tuc. And I’m all yours.”

The actors starred together on Broadway in the hit play The Boys in the Band and are currently filming the movie version.

Tuc is best-known for his roles on Desperate Housewives, One Life to Live, and Beggars and Choosers while Andrew became a star in Broadway’s The Book of Mormon. He has also co-starred on HBO’s Girls.