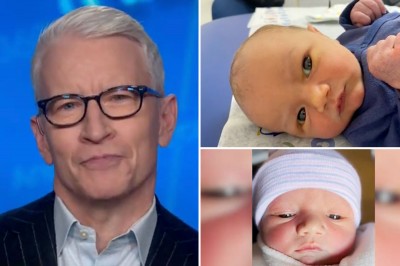 “This is Sebastian Luke Maisani-Cooper,” he told viewers. “He was 6.8 pounds at birth and he was healthy and happy and even his occasional hiccups, are to me, adorable. He mostly just sleeps and eats and certainly poops, but he already seems like a wise and thoughtful little chap.”

Cooper went on to reveal that both Wyatt and Sebastian are being raised by him and his “best friend and former partner,” Benjamin Maisani. “Wyatt calls me ‘daddy’ and Benjamin ‘papa.’ We’re a family. Benjamin is also in the process of adopting Wyatt, whose last name will be changed to Maisani-Cooper as well.”