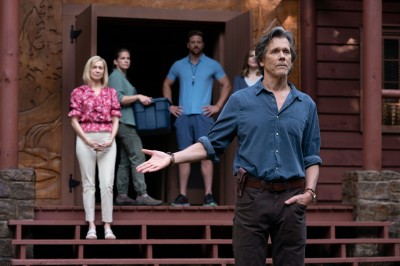 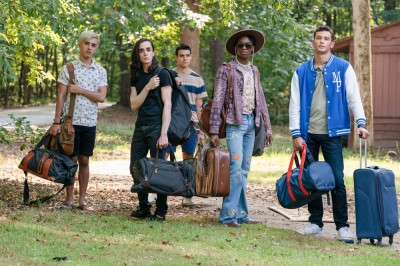 Peacock, the streaming channel that is bringing is the new Queer as Folk series, will have some more provocative LGBTQ content out later this summer: They/Them.

Here is a synopsis: When a group of LGBTQ+ campers arrives at Whistler Camp – a conversion camp run by Owen Whistler (Kevin Bacon) – they are promised a “new sense of freedom” by the end of the week. But as the counselors attempt to psychologically break down each of the campers, a mysterious killer starts claiming victims, and they must reclaim their power if they’re going to survive the horrors of the camp. Written and directed by Academy Award nominee John Logan and produced by Jason Blum, They/Them is an empowering slasher film starring an ensemble cast that includes Carrie Preston, Anna Chlumsky, Theo Germaine, Quei Tann, Anna Lore, Monique Kim, Darwin del Fabro, Cooper Koch, and Austin Crute.

Check out the new trailer: