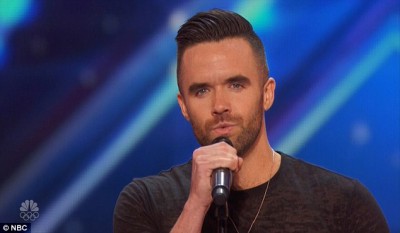 Are you kidding me?

I’ve just discovered that Brian Justin Crum is not only going to be at Saturday night’s Vanguard Awards in West Hollywood, he’s going to be performing.

The day after he finished fourth on NBC’s America’s Got Talent I chose Brian as a Morning Man and I must say, he got a bigger reaction than just about any other guy I’ve featured so far this year.

The Vanguard Awards are the Los Angeles LGBT Center’s Anniversary Gala which for the first time will be taking place in the heart of West Hollywood.

The venue will be the party pavilion at the Pacific Design Center that HBO uses for its annual Emmy party. The network has donated the venue.

There will also be performances during the evening by the great comedy duo Mo Gaffney and Kathy Najimy and singer Debby Holiday. Here is a LINK for more information and tickets.