“American Idol” runner-up Crystal Bowersox on why she came out as bi: “Secrets are no fun” 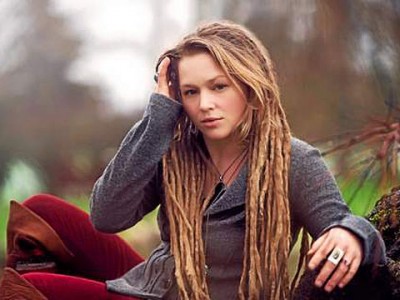 I had the absolute pleasure of chatting with singer Crystal Bowersox last month at the LA Gay & Lesbian Center’s Threads of Change event in West Hollywood.

What a treat to see her perform Me and Bobby McGee live as well several other songs including her new single Holiday.

The interview took place just a short time after Crystal, runner-up on American Idol in 2010, came out as bisexual on Twitter.

I wanted to know what the reaction had been like.

‘Overwhelmingly positive,’ she said. ‘People are like no matter what, dreads or no dreads, whatever your orientation is, my fans are die hard and I love them for it. They take me as I am.’

But that doesn’t mean there hasn’t been some snark.

‘You’re always going to have haters,’ Crystal admits. ‘I’m not a religious gal but I say pray for people that they will learn to love and accept others as well as themselves.’ 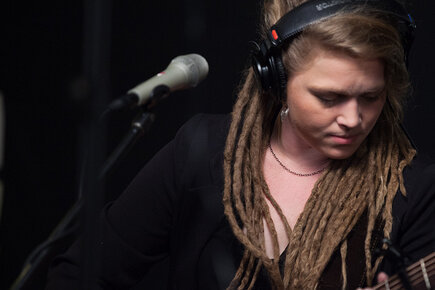 Until Adam Lambert, American Idol had been shockingly non-gay with not a single contestant out during the first eight seasons. Crystal says she wasn’t ready to be out and proud at that point anyway.

‘I was still kind of exploring myself and what I wanted out of life,’ she said. ‘I was told from a young age that I was going to go to hell so it’s something I was working through at the time.’

So why did she decide to be more open now?

‘I feel really confident this year and that’s a part of who I am and there’s no sense in keeping it to yourself,’ she said. ‘I think the more people who come out who are in the public eye, the better chance some high school student has to love and accept themselves and feel confident enough to be open. Secrets are no fun.’ 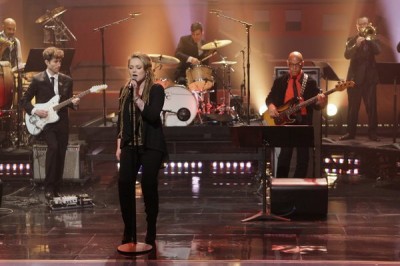 She was inspired by the song Same Love by Macklemore and Ryan Lewis (with Mary Lambert)to write Holiday which reflects the struggle she and others experience with coming out – especially to family.

‘It’s something I struggled with in high school, trying to come out to my family and my parents. It’s just something you didn’t talk about.’

‘Some kids would rather die than just be who they are which is why a portion of the proceeds, if you buy the single through New York Rock Exchange, go to The Trevor Project. I think (Trevor) is such an important thing to have. Kids need to learn to love and accept themselves.’

To find out what Crystal is up to next go to CrystalBowersox.com or to her Facebook page.