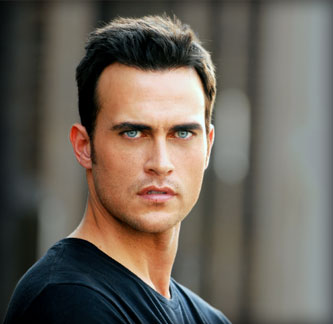 Cheyenne Jackson has been filled with thoughts in the two weeks since 49 people were killed in a massacre inside of a gay nightclub in Orlando.

Thoughts about how members of the LGBT community should be treating each other moving forward.

‘We need to start by not tearing each other down, even within our own community,’ the out singer and actor tells Out.com.

‘Even in our community, somebody comes out of the closet and someone starts ripping how they came out. “It’s not good enough or strong enough…” It’s the negativity. We have to stop tearing each other down.

‘Like everyone else, I wasn’t able to leave the house for four days [after Orlando]. You feel so impotent and powerless. What’s important is loving each other, banding together, lifting each other up, and of course tackling all the major issues we’re in the middle of tackling.’

Jackson is currently in the middle of filming a new season of America Horror Story and has just released a new album called Renaissance.