Alex Landi on cover of “Attitude” 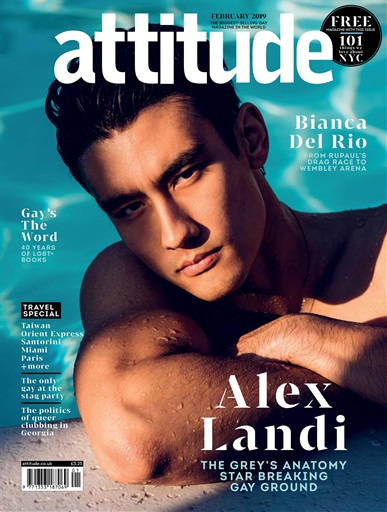 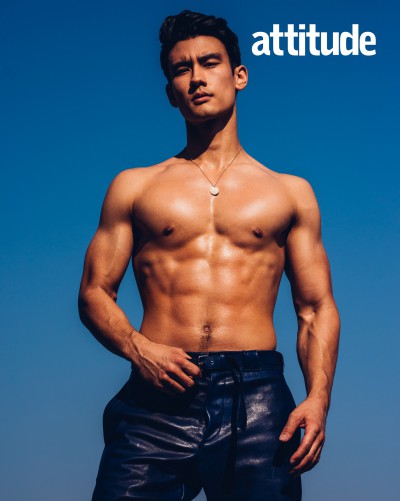 Grey’s Anatomy stud Alex Landi, who plays the long-running drama’s first ever openly gay male surgeon, is on the cover of the February issue of Attitude Magazine.

His character of Dr. Nico has embarked on a tentative relationship with closeted intern Dr. Levi Schmitt (played by the newly-out Jake Borelli).

The actor hopes his character is helping to challenge traditional LGBT and Asian TV stereotypes: “[Producers] wanted a very masculine ‘bro’ type, and they wanted him to be openly gay. That was disclosed to me before the audition. Another undertone is that he is also the first male surgeon of Asian descent. Obviously, Cristina Yang [played by Sandra Oh] was female Asian, but there has never been a male Asian surgeon, let alone openly gay. I’m trying to break stereotypes. Asian men are not seen as masculine in the media and that is something that I am striving to change.”

Landi also said: “I just love how diverse Grey’s is. Less than 3 per cent of Asians are represented on TV, and less than 1 per cent are LGBT+, so for them to combine both of those minorities in one role is great. Growing up, I’d watch tons of movies and the leading men were white, traditionally they’re always white. Why can’t there be an Asian James Bond? Why can’t there be an Asian Marvel superhero? There are plenty of Asian men who can pull it off. A dream of mine is to become a Marvel superhero.”