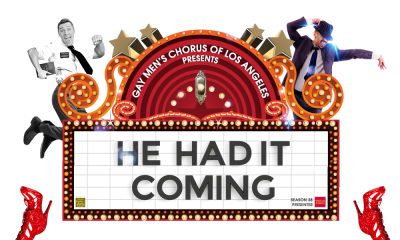 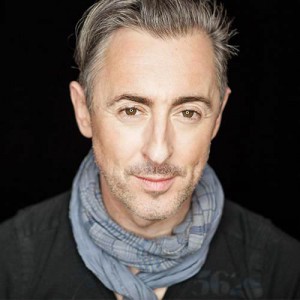 If you haven’t ever been to one of GMCLA’s shows, I cannot stress enough how terrific they are. Highly professional, thoroughly entertaining and filled with eye candy both on the stage and in the audience.

This year, the 250-plus chorus will bring to life all the show-stopping gems of Broadway during its three-show run at the Alex Theatre in Glendale. The concert will showcase the talent of many of Broadway’s leading composers with hidden gems and extraordinary showtunes from the Golden Age. They will include Kander and Ebb’s razzling, dazzling Cabaret and several selections from current Tony-winning Broadway musicals including Harvey Fierstein and Cyndi Lauper’s high-heeled hit Kinky Boots to historical masterpieces like Lin-Manuel Miranda’s Hamilton.

There will also be renditions from The Book of Mormon, Hedwig and the Angry Inch, The Producers, Avenue Q, Billy Elliot, Side Show Pippin, and a Light in the Piazza, among others.

‘Where else can you bring together 250 gay men, Mormons, Drag Queens, Transgender Rock Stars, Shakespeare, conjoined twins in a carnival, British aristocracy, and cabaret singers in Nazi Germany and have it all make sense?’ says Dr. Joe Nadeau, Artistic Director and Conductor for the Gay Men’s Chorus of Los Angeles. ‘This showcases GMCLA’s rich, stunning choral sound, spectacular production numbers, dazzling costumes, and a message that we can all make this world a better place where all of us can be our true authentic selves.’