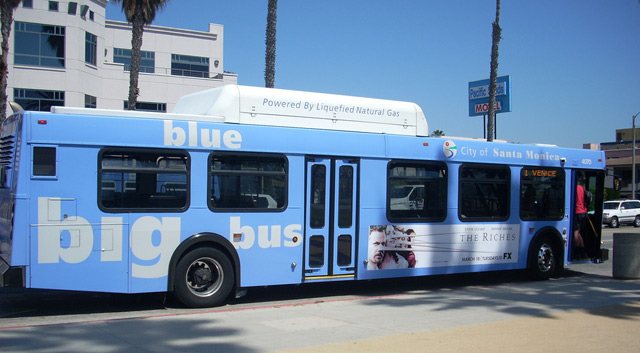 AIDS Walk Los Angeles founder and producer Craig Miller had a captive audience of about 30,000 people on Sunday and he wasn’t about to let the opportunity pass him by.

Miller, who founded the walk 28 years ago to raise money for AIDS Project Los Angeles and other area AIDS services organizations, finds himself at war with the city of Santa Monica.

Miller is furious that Santa Monica enacted a policy last month that banned advertisements by non-profit organizations like APLA on the Big Blue Bus, the city’s municipal bus line.

“This significantly hampered our visibility this year but far more importantly, this absurd policy places the selling of goods over the doing of good and it is dangerous to the fight against AIDS,” Miller said.

He chided Mayor Richard Bloom for explaining that the ads were banned because of the possibility of the bus ads becoming a forum for “counter-productive speech.” 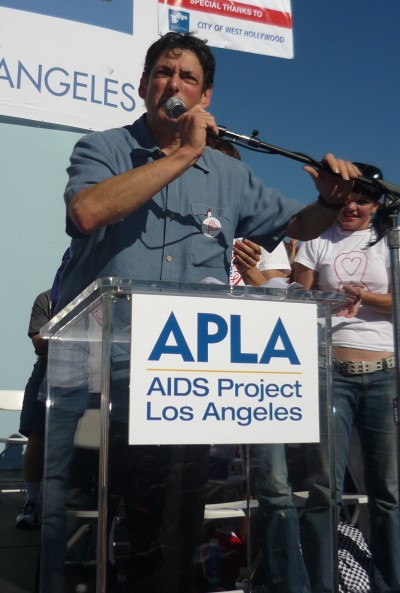 “I was aware that we had an AIDS epidemic in Santa Monica … but I did not know that we were suffering from an epidemic of counter-productive speech. Nor was I aware that we needed the government’s protection from it,” said Miller who is suing the city over the matter.

The city has said it erred in allowing the AIDS Walk and other non-profits to purchase bus ads in the past.  Bloom made a motion at a council meeting last month to review the policy.

“The current policy of the Big Blue Bus was not adopted to harm AIDS Walk LA,” City Attorney Marsha Jones Moutrie said at the Sept. 11 council meeting. “But it was adopted out of the recognition the court decisions on the First Amendment do not allow us, once we open a forum, to distinguish based on message content.”

Miller isn’t having any of it and points to other major cities in the US where bus ads for AIDS walks have been allowed without incident.

He noted that in all of these cities, there has been “no outbreak of counter-productive speech epidemics have been recorded.”

Said Miller: “Why is it that AIDS Walk Los Angeles cares so much about this issue? Because part of what we do here is we honor those we have lost and we cannot appropriately honor those we have lost if we do not pay attention to the elements that contributed to them being cut down and government inaction, government censorship and a lack of visibility of the HIV epidemic is exactly what led us backwards and it is not what we need to move forward.”