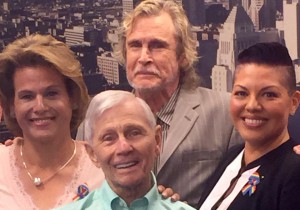 I’ve attending this event many times over the past eight years and I have to say, this was the most amazing one because of the passionate and eloquent speeches given by the honorees.

I’ll share more from Billings, Ramirez and Romanoff in the coming days but want to share with you, in its entirety, the speech given by Michael Kearns because it was just so superb and really makes you think. Michael came out as openly gay way back in the 70s and told the world he is HIV positive in 1991 before any other working actor had done so. I greatly admire this man. 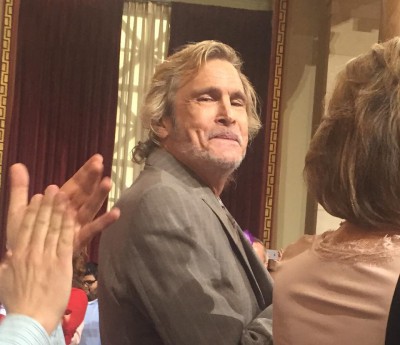 When I heard that I was being honored as a “trail blazer,” I thought, “Finally, after all of those overheated afternoons in Griffith Park throughout the Seventies, traversing path upon path, slinking behind bushes, lurking under the trees: I’m finally being recognized.

Don’t forget that it is the sexual revolution that defined us. From that kiss at the Black Cat to the outlaws of Stonewall—our heat was initially ignited through the power of our sweaty bodies and libidos all aflame.

But that bonfire of brotherhood—we had not yet acknowledged lesbians except as punchlines—was quickly doused during the last decades of the Twenty Century when day sweats turned into night sweats and—in spite of our compassion in attending to the bodies of those afire with the plague—we were no longer hot news; rather, we were relegated to That Which Needed To Be Put Out. Put down. Put away. Extinguished. Virtually burnt at the stake.

Divisions took hold, resulting in a perilous state of disaster. And weren’t we were complicit in creating this Us Versus Them mindset? The Sick/The Healthy, The White/The Non-White,
Rich/Poor, Beautiful/Not-So- Much. 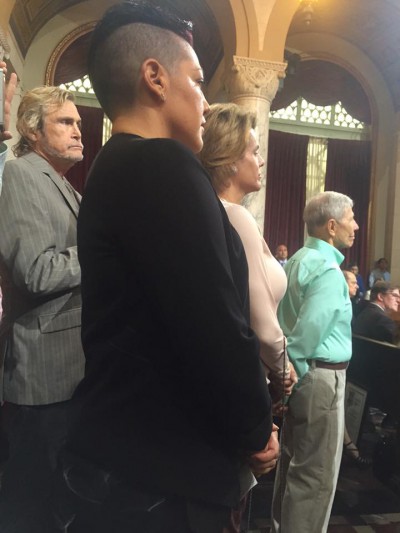 But, hey, we must have been doing something right because by the onset of the 21st Century, we were breaking into line
to get marriage licenses and meeting ourselves coming and going on pre-school parking lots.

We came a long way, baby.

We achieved equality; swimmin’ in the mainstream without even a striking a match. We had arrived. These trails were ablaze with klieg lights, darlin’—there are even Openly Gay Actors in Hollywood, oh my.

You wanna know somethin’ about identity politics? The LGBTQ community put the “I” in “Identity.”

We put the “P” in…wait a second, I can’t read this. We put the “P” in Privilege—that’s what we did, just in time to put Hilary into the White House. Uh, I mean. What am I saying? DARN. What were we thinking?

I’m not sure we gave much thought to the number of LGBTQ immigrants who face a death sentence if they are deported.

I’m not sure we gave much thought to the number of lesbians, and other women—our sisters, aunts, daughters, nieces, neighbors, mothers, coworkers)—whose rights are being ripped from their bodies like a faux leopard jacket.

I’m not sure we gave much thought to the LGBTQ men and women who return from the battlefield, forced into a new war zone in order to get health care they so urgently deserve.

Did we give any thought to the homeless population in Los Angeles, which includes thousands of GLBTQ people? Are they allowed to celebrate Pride?

Just because you don’t attend the same cocktail parties with some of these peeps, that doesn’t mean they aren’t part of The Community. They are no less GLBTQ than you are.

Okay, so you learned to avoid saying “tranny. AND you wrote a check a check to Planned Parenthood. Yah, yah, yah:

But just because you gave all your relatives a Frank Ocean CD for xmas; doesn’t mean you’re not a racist.

I don’t care if you call it“Resist” or “Pride”—it’s time to channel your inner anarchist—uh, SORRY, I mean archeologist. Each of us needs to find a trail to blaze. Find the light within and aim it into some neighborhoods you’ve never been to; shine your light on paths untraveled and neglected. (Dare to ruin a pair of shoes, okay?)

This award serves as my marching papers. 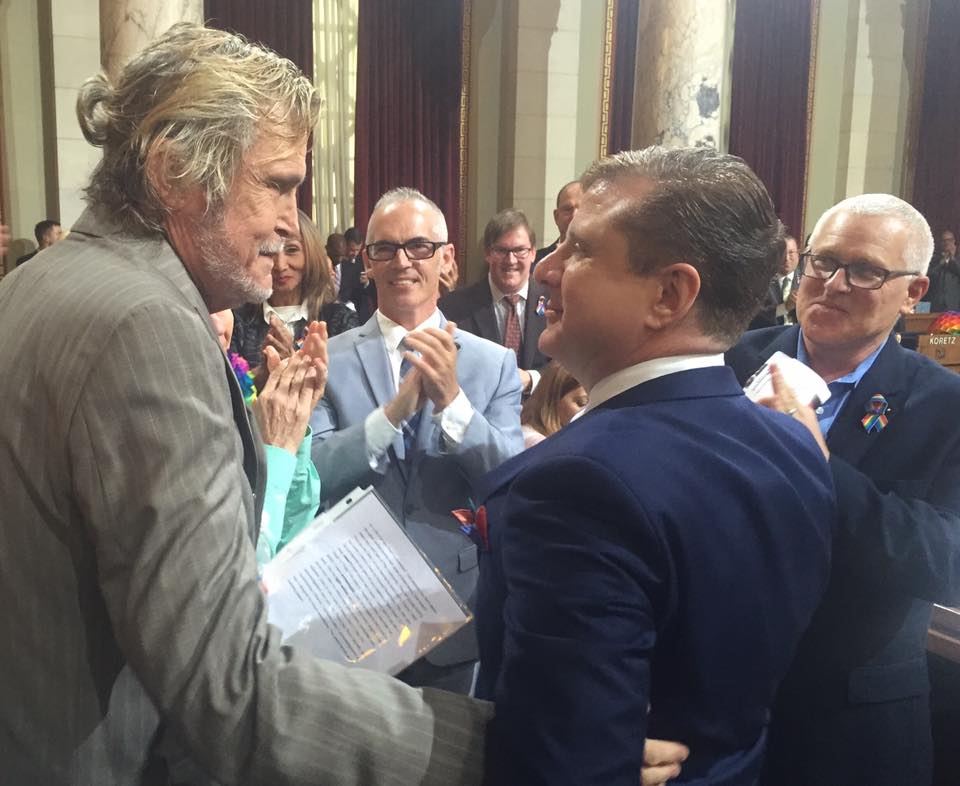 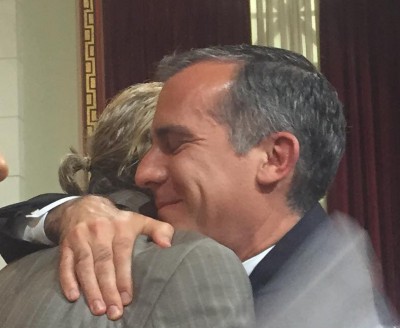