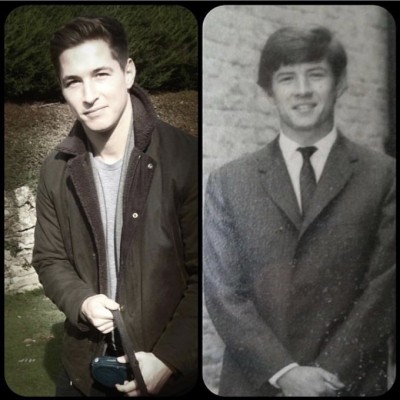 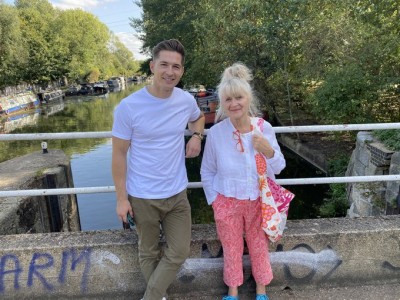 I’ve been following ABC News correspondent James Longman on social media ever since he came out publicly as a gay man several years ago. He got engaged earlier this year. He shared a deeply personal story on his Twitter account today that I found to be deeply moving and have put it together in a post for you:

When I was young, my father sadly ended his life. I’ve never known really anything about his early years. He had schizophrenia, and that – along with a few patchy stories – is all that defined him. This is us at around the same age (top, left).

Fast forward to 2016. A lady gets in touch out of the blue to tell me she was his girlfriend at art school. She’d heard me on the radio, and guessed I must be his son. She’d seen a doc I’d done on mental health and him, and thought I’d like to know more about him. Not long after, I left the BBC. And I lost her email. I had no way of working out who this mysterious lady was. It weighed on me. But then, during lockdown, she got in touch again. Finally yesterday we were able to meet. This is Lizzie. We spent the day together, and it was glorious. She told me stories about their time at Camberwell, I saw letters and art of his. The painting in my living room i finally now know was the flat they shared in south London. 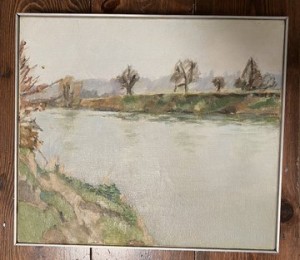 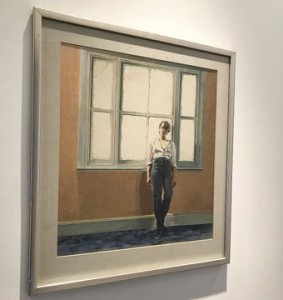 She gave me this painting of The River Severn which my father did in his early twenties. And she’s going to try and work out who this young lady who hangs in my kitchen is – I’ve always wondered.

Being with her, I felt closer to him. And she said it made her feel closer to him too. Lockdown did this for us – she may never have written had she not been at home shielding.