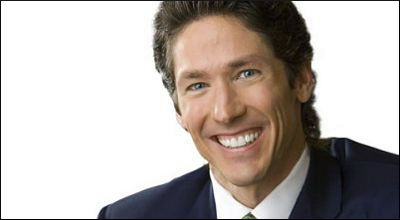 I used to see Joel Osteen on TV while flipping through the channels and think, “Who is that handsome dude with those white teeth and that awesome helmet of hair?”

Since I don’t watch televangelists on TV – or in person for that matter – I didn’t pay much more attention until the pastor of the biggest church in the US said homosexuality “isn’t God’s best work.”

Okay buddy, you can take your hair helmet and your pearly whites and take a hike!

He does what he did on CNN and in a show that aired this week, he really pinned Osteen down on homosexuality and gay marriage.

I believe that scripture says that it’s a sin but I always follow that up by saying you know what, we’re not against anybody,’ said Osteen, who is senior pastor of Lakewood Church in Houston.

It’s clear that Osteen is choosing his words very carefully on this topic now.

To read the rest of what he says and what Larry says, I’m going to send you over to Gay Star News if you don’t mind!