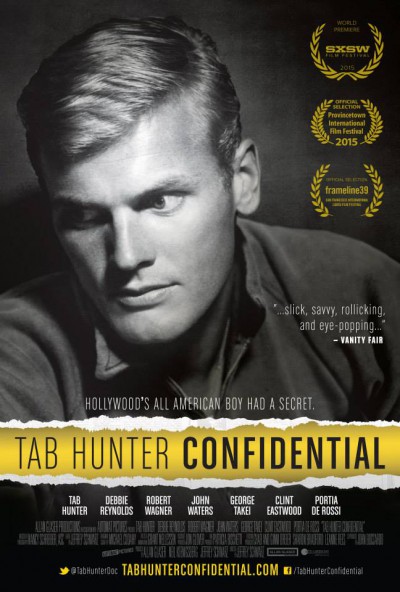 I just love this festival because it always has good movies, the parties are always fun, and it takes place in a city that I called home for seven years in the 1990s.

The films screen at the historic Art Theatre located at 2025 East 4th St. and at the neighboring LGBTQ Center of Long Beach, both on Long Beach’s Retro Row.

The festival is adding an additional night this year (Thursday) and all screenings this year will take place in the Art Theatre. For the first time, audience members will be invited to vote for Best Narrative Feature and Best Documentary Feature during the fest.

Tickets for the films are now available for purchase through the Qfilms Festival page at www.qfilmslongbeach.com.

Tab Hunter Confidential screened at Outfest over the summer as did the following QFest selections: Liz in September, Those People, Seed Money: The Chuck Holmes Story and Drown.

I’ve seen all five and I can tell you that each of these movies are exceptional in their own way – all very powerful. I highly recommend each one of them.

I hope to attend some of the movies including various shorts programs and am especially interested in the documentary Upstairs Inferno which will be followed by a Q&A with director Robert L. Camina, producer Brian Long, narrator & bestselling author Christopher Rice, and participant Henry Kubicki.

Get your tickets now!